Mainstream media would have you believe that eating disorders are a white-woman problem.

When I was in elementary school, I started dieting. I’d drink my mother’s protein shakes and eat off-brand, low-fat frozen entrees. In seventh grade, I decided I just wouldn’t eat at all.

It worked for a while, but by high school I realized I could have a full meal—so long as I purged. Coupling that with over-exercising, I found a “system” that worked for me through my junior year of college: Don’t eat. Exercise. Do homework. Exercise. Consume an entire bag of Munchies chips, two plates of mami’s arroz con gandules, a few Hershey’s Kisses and, to trick myself into thinking all of this was healthy, a homemade strawberry-banana smoothie. Purge. Exercise. Sleep. Repeat.

Writing this as an adult, it couldn’t be more obvious that I was struggling with an eating disorder. But at the time, although I understood that my eating behaviors were “off,” I never considered that I could possibly have bulimia.

I was a Nuyorican girl growing up in an Orlando working-class neighborhood. I cared more about how I was going to cop the latest Air Jordans than what some svelte model on a women’s magazine was telling me I should look like. I’d watch Lifetime movies with my mom on the weekends, and while skinny white protagonists battling anorexia made me uneasy, it also reassured me that I did not have a problem, because my life and my “issue,” whatever it was, didn’t look like hers.

I likely wasn’t the only one to think like that. Recent research shows that women of color are less likely to seek treatment for an eating disorder than white women are, for a variety of reasons. For one thing, help is expensive. Residential treatment programs cost $30,000 a month on average. Most patients require at least three months of this treatment, bringing that fee up to $90,000. For those lucky enough to have insurance (I was not one of them), most providers will not cover long-term treatment.

Aside from the pocket drain, many women and girls of color don’t seek help because they don’t think they need it. After all, you can’t fix a problem that doesn’t exist. Even if you start to believe that you might be suffering from disordered eating, you’re forced to explain that to a family that has little to no understanding of these illnesses and even less knowledge about how to handle them.

The media is not to blame for my eating disorder. But it never showed images of girls who looked like me or suffered with disordered eating the way that I did, which absolutely contributed to preventing me and my family from recognizing that I was sick sooner. If the media wants to be accurate and responsible, the scope of disordered eating representations must be broadened to reflect the diversity of those suffering.

Here are just some myths the media perpetuates about eating disorders that could easily fool women of color into thinking they aren’t sick: 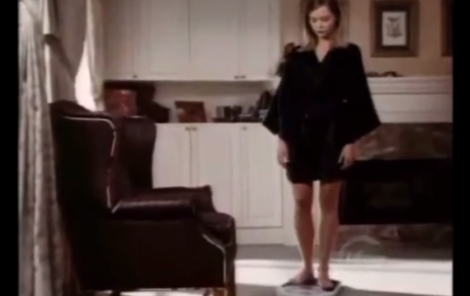 Mainstream media would have you believe that eating disorders are a white-woman problem. From Lifetime movies like Hunger Point and A Secret Between Friends to teen dramas like Pretty Little Liars and Skins, eating disorders have a look, and it’s almost always light-skinned.

These representations reflect medical and academic research that has traditionally ignored sufferers of color. In fact, despite knowing that eating disorders don’t discriminate based on race or ethnicity, the National Eating Disorders Association says that “exact statistics on the prevalence of eating disorders among women of color are unavailable.” Still, media-makers would do well to recognize recent data showing that Latina teens report more body dissatisfaction than their white counterparts and, in fact, suffer from eating disorders at rates comparable to or greater than non-Latinas.

2. Only rich people get eating disorders. 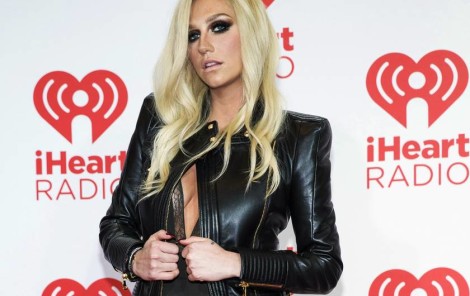 Some may argue that poor and working-class people are too concerned with putting food on the table to worry about eating disorders. This way of thinking, in addition to being condescending and inaccurate, ignores the fact that eating disorders are mental illnesses. As such, they are caused by a combination of sociocultural, psychological and biological factors that can exist regardless of the market value of one’s home.

As with race, gender, and age, eating disorders do not care about your socioeconomic status. In fact, recent scholarship shows that women of a lower socioeconomic status actually display more signs of disordered eating behavior. Centering mainstream conversations about the illness on well-off celebrities like Kesha or Lindsay Lohan, while important for showing that celebrities are not immune from the disease, does little to debunk this myth that affluence is a prerequisite for these disorders.

3. If you have an eating disorder, that means you’re anorexic or bulimic. 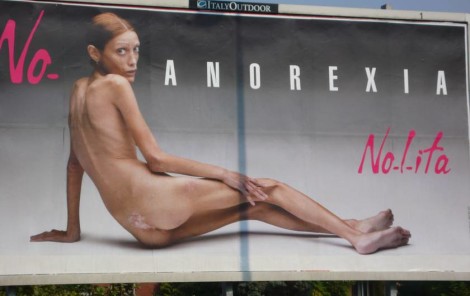 For many sufferers, an eating disorder may first manifest as anorexia before eventually turning into bulimia. That’s not the case for everyone, however, and especially not for women of color. A study from the National Survey of American Life showed that binge eating disorder (BED), characterized by compulsive overeating, is the most common diagnosis for African-Americans, while EDNOS (“eating disorder not otherwise specified”) is the most prevalent eating disorder for Latinas. (EDNOS is a catchall phrase for eating disorders that don’t meet the criteria for anorexia nervosa, bulimia nervosa or BED.)

It’s important to note that while EDNOS isn’t discussed as often as anorexia or bulimia, it is both more common among adults and teens and more fatal than the two more popularly discussed illnesses. 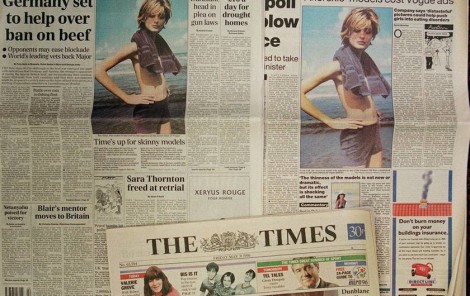 I’ve never looked like that. I was a chunky girl and a “physically developed” teenager, and the term used to describe my body has most often been “healthy”—even during times when I was far from it.

As the Butterfly Foundation, an Australian foundation working to support those with eating disorders, says, “looking healthy and being well are very different things when it comes to eating.” Unfortunately, the fact that looking “normal,” whatever that means, doesn’t equate to being healthy isn’t something that most people can recognize when they are routinely presented with just one incomplete image of eating disorders.

5. If you’re not thin yet, then that’s definitely your “goal.” 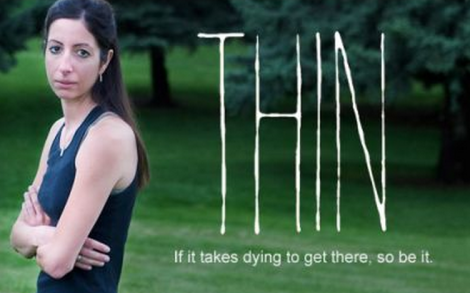 Anorexia, according to the National Association of Anorexia Nervosa and Associated Disorders, is “characterized by emaciation, a relentless pursuit of thinness and unwillingness to maintain a normal or healthy weight.” But despite the media’s obsession with it, anorexia isn’t the only eating disorder. In fact, it’s not even the most common. That would be the aforementioned EDNOS, which can also present itself with an intense fear of gaining weight and does not require a preoccupation with thinness. EDNOS is the most prevalent eating disorder for Latinas: But for many, waif-like, skeletal bodies aren’t the ideal, and the obsession with thinness is replaced with attaining a curvy yet slim figure instead.

6. People with eating disorders obsess over fashion magazines, hoping to one day be as glamorous as the models. 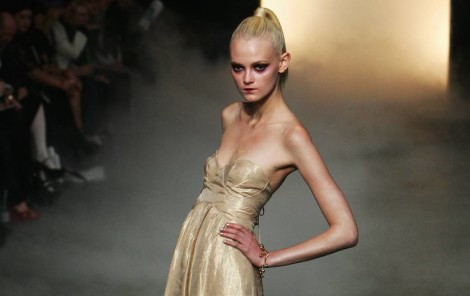 Aside from the fact that there’s nothing glamorous about eating disorders, this way of thinking leaves little room for people who couldn’t care less about haute couture. I, for instance, was the Jordans-rocking, bamboo earrings-wearing, jersey dress-donning hip-hop junkie more interested in what Immortal Technique had to say than Kate Moss. Yes, I had a thinspiration wall, but the images weren’t cut from the pages of Elle or Vogue.

Eating disorders don’t skip the ‘hood, but most wouldn’t know that until they see those communities represented as well. 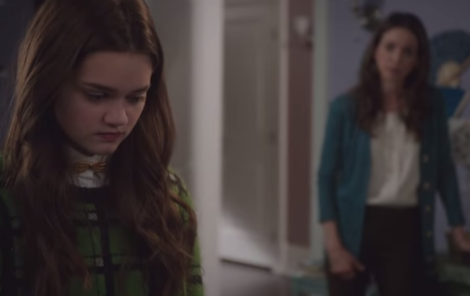 In a recent episode of the Red Band Society, one character’s mother reveals that she knew all along about her daughter’s anorexia. The daughter is eventually sent to a hospital, a move that most parents would make if they were to discover a child’s eating disorder.

But what happens when your parents neither know “the signs” nor what to do when the problem is out in the open? Often the answer is as simple as it is dangerous: nothing.

It’s not that my parents weren’t concerned. They just believed Jesucristo, the doctor of all doctors, was the only thing I needed. Healing would come from prayer, reading the Bible, and praising God. They didn’t understand that my disorder was a mental illness that required professional attention. And, honestly, how could they? Eating disorders aren’t exactly a hot topic in Latino communities, and representations of the disease fool non-white and non-affluent people into thinking it’s a “them” issue.

Media matters: Media is a way for many new immigrants to understand a new country and figure out where they fit into it. Just like not seeing themselves in TV and magazines can make them feel as if they are not truly a member of this nation, their absence in mediated portrayals of mental illnesses, like eating disorders, can deceive them into thinking it’s not something they should be concerned with. Sadly, that’s not true. Unlike mainstream media, eating disorders do not discriminate based on race, class, culture, age, gender, or ability.

Raquel Reichard is a Latina feminist and journalist whose work has appeared in the New York Times, the Washington Post, Cosmopolitan and many other publications. She’s a grad student at NYU, studying race, gender and new media.

This originally appeared on Mic.com. Republished here with author’s permission.